I'm one of a small group of gamers over on TMP that gush about the 10mm scale.  It looks good and paints up quickly.  Tomorrow marks the two month anniversary of my ACW project.  In addition to a whole lot of terrain (not pictured), I painted up two armies each consisting of five brigades of infantry (21 regiments), two regiments of cavalry, some skirmishers, and six batteries of artillery.  That's over 1100 figures!  I'm still only about 80% finished, but now I'm wondering how my little board is going to accommodate a scrap between these two forces.

The figures are mostly Pendraken, plus some Perrin and GHQ units thrown in.  The GHQ boys look small compared with the others, but Perrin blend in nicely with the Pendraken. 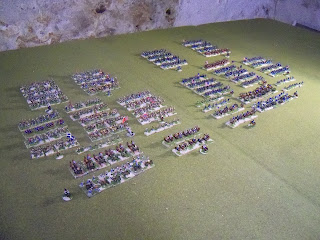 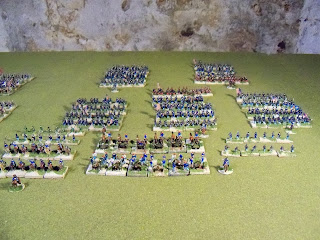 ACW armies look naked on a plain table, don't they?  They're begging for terrain. 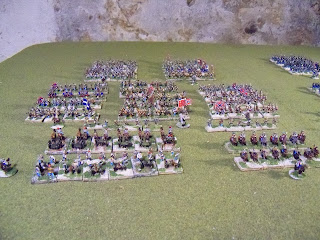 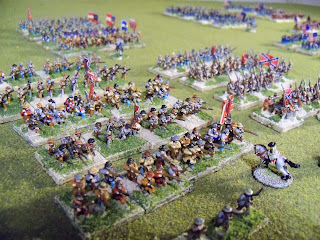 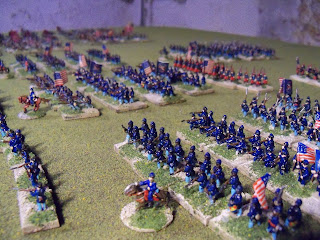 Some students decided to make a film about my effectiveness as lunch duty monitor.  Not my favorite part of the teaching gig, but if a job is worth doing, it's worth doing well.  As they filmed me arming myself for cafeteria battle, they had me contemplate a photo of my kids and kiss a stand of minis for good luck.

The full film can be seen here:
Posted by Mad Doctor Mark at 12:26 PM No comments: