Posted by Mad Doctor Mark at 12:25 PM No comments:

OK, like, I was probably the last nerd on the planet to see "The Guild," which brings my nerd cred seriously into question (though I got serious props from one of my freshmen last week, who said "Rabuck, I think you're the only teacher on campus who can even pronounce the word "Manga").

I don't even do online gaming, and I find this show hysterical. The characters are all repulsive in their own way, yet the actors are deft enough to make us feel sympathy for them.

The recurring role played by Wil Wheaton has transformed him from the actor I most loathed to one I find intelligent, artful, and wickedly funny. His Chaos character in "The Guild" is about 180 degrees from Wesley Crusher, and Wheaton clearly has a ball playing an incarnation of pure evil. It's not just Codex who gets the serious skeevies from Wil in the following episode...

Posted by Mad Doctor Mark at 9:21 AM No comments:

This year, I took my son to the re-enactment of the Battle of Germantown, which takes place at Cliveden, formerly known as the Chew House. The Chew House was the site of the battle's turning point, and it provides a great backdrop for this annual commemoration. For details of the event see revolutionarygermantown.org. 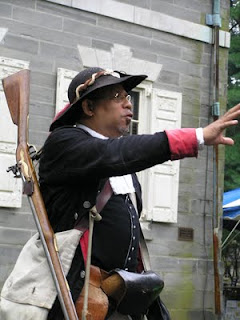 This guy is one of the best interpreters I have ever seen, period. He spins a compelling tale about the role of blacks in both the British and Continental armies. He does it with humor, insight, and showmanship. Bravo! 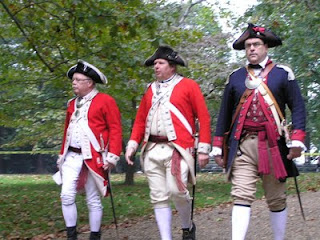 Here come the generals, sharing a peaceful moment together before hostilities erupt 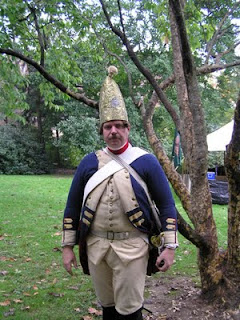 "May I have a photo, sir?"
"There's a price. You must name my unit."
"You're a Hessian grenadier."
"Correct. You may take your photograph."
Score! 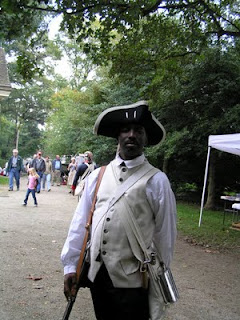 This private from the 1st R.I. agreed to a photograph without a trivia challenge. 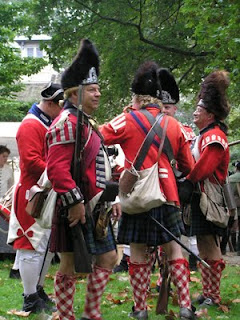 It just wouldn't be a re-enactment without highlanders, now, would it? Perhaps they would paint themselves blue if I asked?

The guy in the foreground was pretty funny. He broke ranks to come chat with us punters while his unit was stationed in reserve. 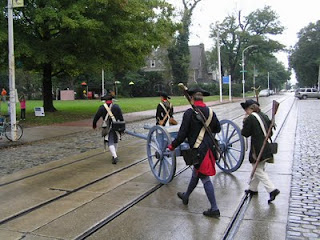 Get that gun into position! 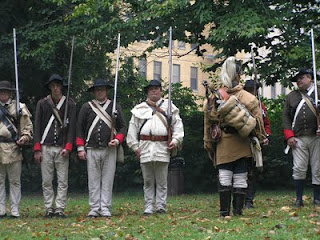 The militia on parade. 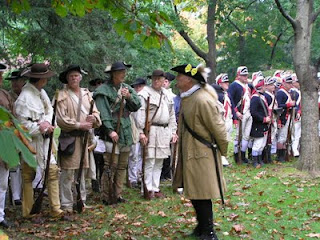 The Pennsylvania rifles. The actual unit was positioned a few miles away, near the Rittenhouse Town mill. But we're all glad they showed up. 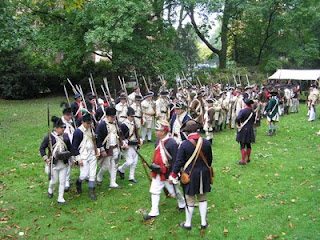 The Continental army makes ready to advance on the Chew House. 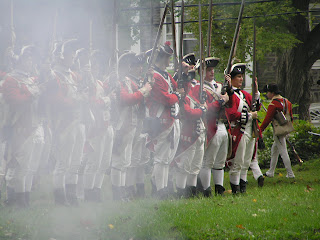 But the British stand ready. 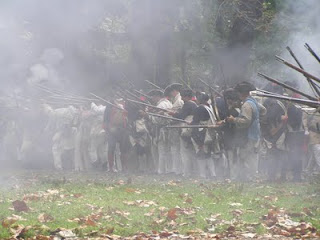 Washington's army gives as good as they get. 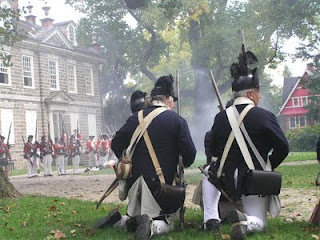 Out boys from Pennsylvania harry the British flank. 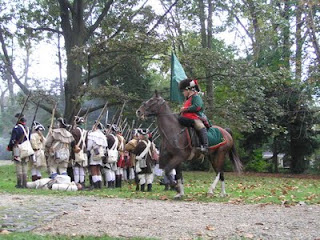 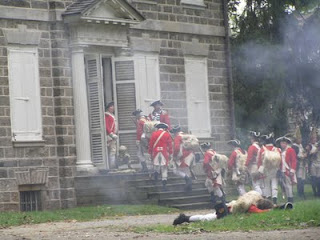 The British retreat into the Chew House. 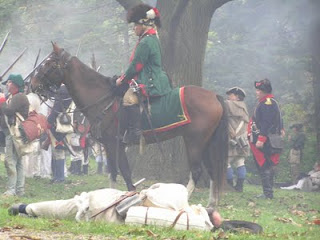 My son, who thought the loud noises were great, was seriously worried about the welfare of the horse. 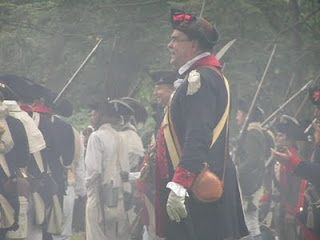 Alas, the rebels are once again stymied by the defense of the Chew House. Perhaps next year can bring a different result...
Posted by Mad Doctor Mark at 2:25 PM No comments:

OK, I'm as bored to death with the zombie theme as anyone, but the U of Florida seems motivated more by humorlessness than by any attempt to kill a cultural leitmotif whose time is rapidly passing.

I was impressed that they had zombie-survival tips on their official website. Was there really a threat that someone might take the page seriously? Or that it would somehow impair students from acting appropriately in the event of a real emergency? Perhaps the greatest threat to free expression lies not in the political left or the right, but in the humorless conformity of the center.
Posted by Mad Doctor Mark at 9:10 AM No comments: