The 28mm Peninsular British army I began last summer finally saw action in my Wednesday night game with the Ambler Gamers.  Our house rules continue to be polished, and last night's rumble provided many exciting moments.


Posted by Mad Doctor Mark at 6:03 PM No comments:

Rumble in the Arctic

On the second turn, the ships moved into medium range of the big guns of the cruisers, and the hurting started.  The IJN task force broke off from their freighters to intercept the Americans, racing in to a range where their weapons could do more damage.

Destroyers are hard to hit, but all it takes is a single lucky 8" shell to do some serious damage.  The Americans and Japanese each lost two destroyers before the smaller ships could close within torpedo range.  The Abukama, one of the Japanese light cruisers, took two hard hits. As fate would have it, each hit started a fire which ignited ammunition on deck. The Abukama exploded in a spectacular pyrotechnic display with the loss of all hands.

Right now the American cruisers are looking tough, having shrugged off superficial hits from Japanese shells. However, the heavy losses sustained by the American destroyers may make a clear victory unattainable. 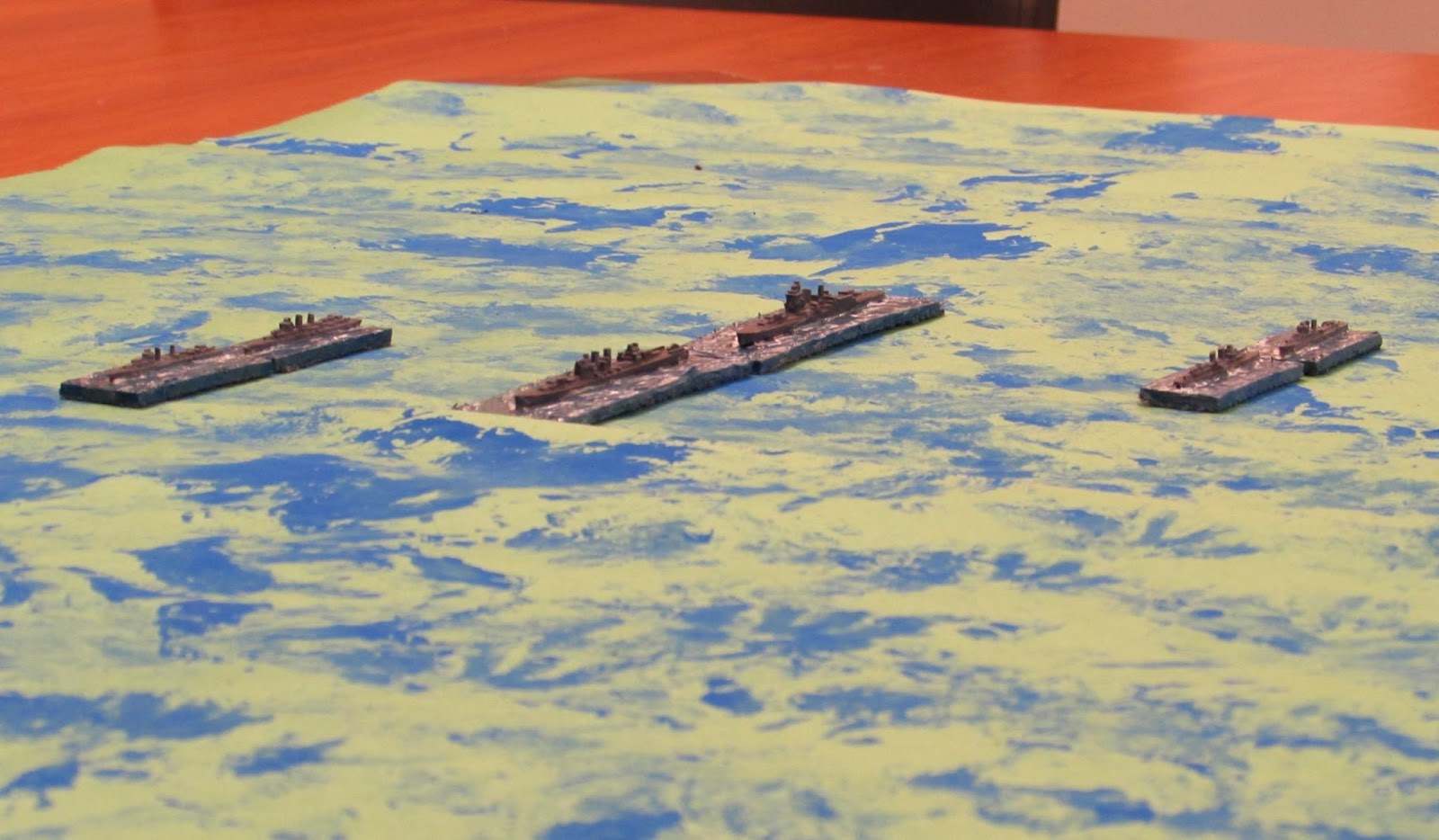 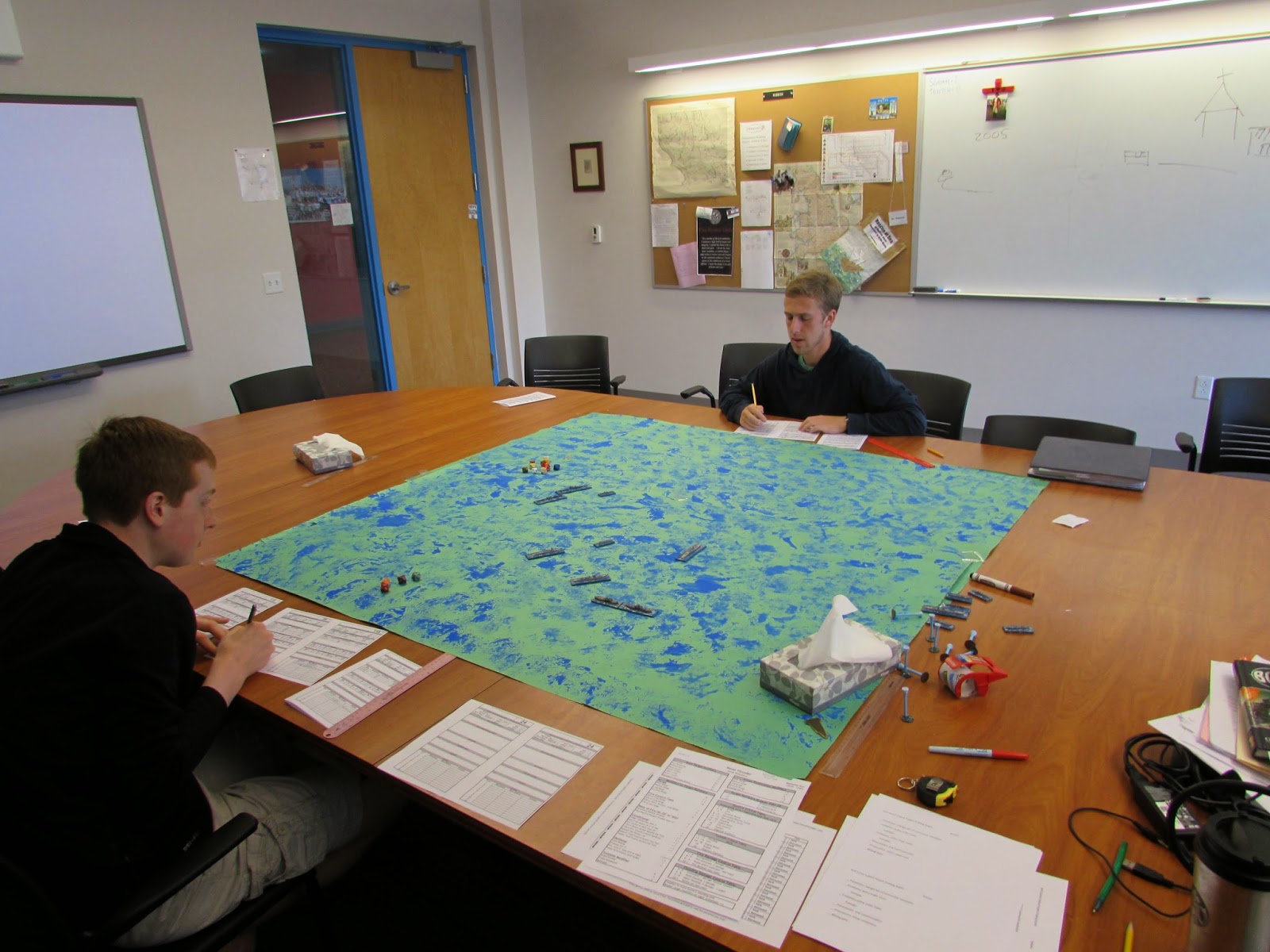 The Japanese were taking a beating, but once they moved into torpedo range, the score was evened.  One poor American destroyer took two torpedoes and probably approached near orbit.  The second Japanese light cruiser took a hard salvo from the Salt Lake City and went down. While it's no surprise that destroyers could not last long against shells from capital ships or torpedo hits, I had expected the light cruisers to stock around longer.  Naval Thunder proved to be a much faster system than I had anticipated. 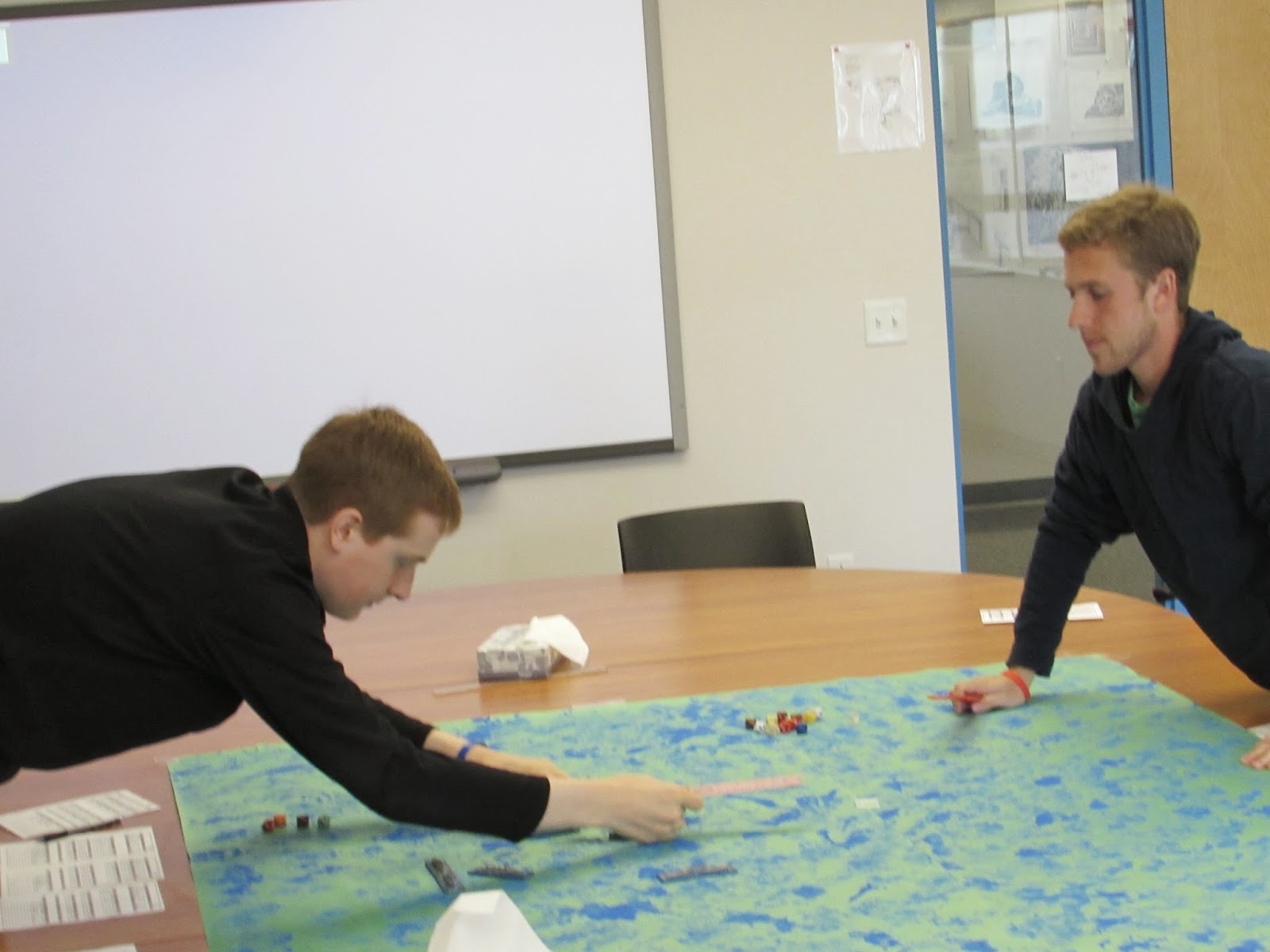 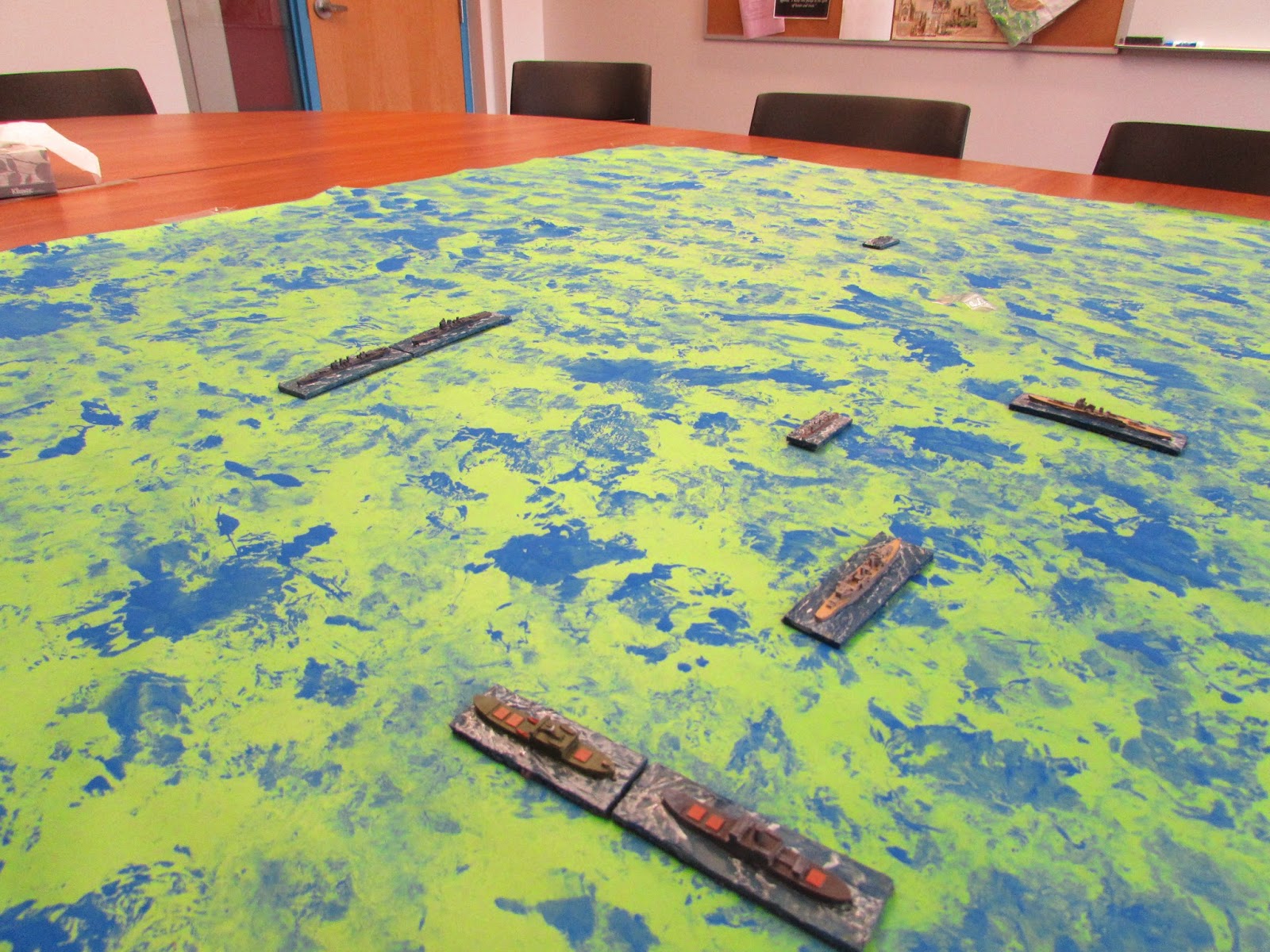 With half of their vessels out of action, the Americans were unable to secure a victory, but they could earn a draw by taking out the cargo ships.  Ifgoring the remaining Japanese vessels for a round, they turned their attention to the supply ships. The lumbering vessels got hit hard and went below the icy waves.  That meant that both sides failed to meet their victory conditions. The only thing left to do was to blast the remaining ships to oblivion, though my students agreed that any sane commander on either side would have withdrawn three turns into the game.
Posted by Mad Doctor Mark at 5:32 PM No comments:

After what seems like many weeks (because it was, well, many weeks), my sim games class finally finished our Napoleonics battle.  Though on paper it might look like a British walkover (thee routed French brigades to none), it was a lot closer than the results would indicate, as three British brigades were pretty wobbly themselves at the finish. Two better rolls on some French break tests, and teh game could have easily gone the other way.

Anyhow, I don't have any photos of that, so you will have to rely upon my lurid prose to compose a thought-picture of your own. At any rate, there was not a lot of maneuver in the final turns, just a lot of slugging it out and hoping for the best.  We wrapped the game up and started on our next simulation: WWII naval, with an adaptation of the Battle of the Komandorski Islands as our scenario.


We're gaming at 1/2400 using the Naval Thunder rules and Panzerschiffe miniatures.  While Panzerschiffe resin models lack the spectacular detail of the GHQ or Navwar ships, the price is right and they work well as game pieces.  The students seemed to think they looked good!

I rely upon our Middle School Art Department for construction paper from rolls. Sadly they were out of blue, so I had to make do with green. I then added blobs of blue poster paint to give an "ocean effect".  Doesn't look great, but at least it doesn't look terrible.  Had I some white paint in school, I would have added a few whitecaps for detail.


My students were shocked at the complexity of the rules relative to Black Powder, and since this is my first toe in the water with these rules, we're taking it slow.  On our first turn, the Japanese and American cruisers traded some long range shots.  All of the IJN salvos fell short, but two American shells scored lucky hits, and one IJN destroyer suffered damage to its engine room.

Posted by Mad Doctor Mark at 4:46 AM No comments: