Six weeks into the project, and I have the following painted: 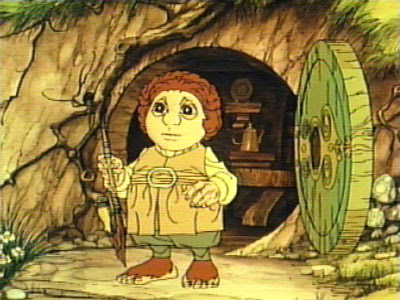 I suppose I'm too young to have a Bucket List, but if I had one, I would have crossed a major item off of it last night. I started reading The Hobbit to my kids as a bedtime story. We got halfway through the first chapter. They laughed when the dwarves invited themselves into Bilbo's house (manners are a key issue in our house. Naturally they find any literary representation of bad manners, from Bugs Bunny to Calvin and Hobbes, hysterical). Can't wait to spring the Trolls on them.
Posted by Mad Doctor Mark at 2:50 AM No comments:

Email ThisBlogThis!Share to TwitterShare to FacebookShare to Pinterest
Labels: Tolkien 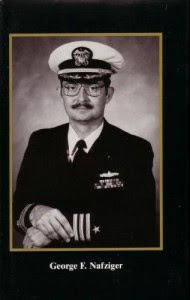 George Nafziger was a man with a passion, and every wargamer alive today owes a debt to him. His scrupulous collection of Orders of Battle is a resource that has inspired countless tabletop battles. When I was coming of age, these documents were the holy grail of military history nerds. Now, thanks to his posthumous generosity, they are now available free online through the archives at Ft. Leavenworth. While some nitpickers may pick nits with a few of his details, I can think of no better way to waste a few hours than by poring over lists relating to campaigns both celebrated and obscure.

Thank the Nafziger.
Posted by Mad Doctor Mark at 7:37 AM No comments:

So, in December, I sold off the last of the 15mm Napoleonics I had accumulated in high school and college. I was a pretty crappy painter then, without much eye for historical detail. I wanted to do Napoleonics right, with crisp-looking uniforms and mountains of lead on the table.

I settled on 10mm. More bang for the buck than 15mm. I had done some 6mm figures a few years back and mounted them for Polemos. They painted up quickly, but they were so small that they didn't look colorful from a distance, and color is part of the fun of Napoleonics.

So I went with 10mm and decided to go with Old Glory. Their "Old Glory Army" promotion was too good to pass up. With 40% off all miniatures, infantry figures cost about $.10 each. I could get two huge armies (French and Austrian) for under $300.

I ordered shortly after Christmas. I was told at the time that a backlog meant that I would have to wait for my order to be completed. In the end, I got my minis in 20 days. I still think that's pretty good, considering they also had to cast the models. A later supplemental order (had to get some English, don't you know) came in about half that time. With good communications, a great price, and timely shipping, I give Old Glory high marks for service.

The figures looked good, better than many 10mm figures I have seen on 10mmworld.com. The infantry were mounted on strips of 5, which pretty much determined how I was going to mount my battalions. The strips were an inch long, although some were slightly longer, forcing me to trim the edges to fit on my bases. For infantry mounted in strips, there is only one pose--marching high port arms. I think this is fine and appropriate for napoleonics, but I think it would be a turn-off if I wanted to game in a later period. I want my ACW Confederates to look ragged, thank you very much. There were five variants among artillery crew, and three basic skirmisher poses (plus command). Cavalry was cast separate from the horses (except for the Polish Lancers). There were three horse variants. A few troopers did not sit cleanly on their mounts and needed some filling.

There was some flash on the tips of the muskets which was easily pulled off with fingertips. Some bases had a nub of lead on the bottom which required a swipe with the hobby knife to remove. Overall pretty clean. Even the individually mounted skirmishers and artillerymen, with their insanely small bases, stood independently with very little work. Gluing them to bases was no problem, even with my clumsy little sausage fingers.

The figures painted up nicely, with just the right amount of sculptural detail for the scale, in my opinion. Too much and the figure looks busy, too little and they become blobs. These guys looked better than my old 15mm despite being much smaller. I did not use shading (pointless at that scale) but I did use a "magic dip" wash, which brought out details and made belts and straps stand out. You can see the results in other posts.

Overall, I'm very happy with Old Glory 10mm's. They have helped re-ignite my passion for the hobby and the period.
Posted by Mad Doctor Mark at 1:42 AM No comments:

I am impressed and delighted with how quickly these Old Glory 10mm Napoleonics paint up. Less than a month into the project, and I already have 24 infantry battalions, 8 cavalry regiments, 14 guns, and about a dozen officers painted up, enough for a good-sized rumble. I've put off flocking the bases until now. So last night I added some texture to one of the French batches. here are the results:

Here's the whole lot together, about 1/4 of the total troops I have painted so far. It's nice to know that I can do a balanced combat force in about a week from start to finish.

Guns! Getting some encouragement from a fast-moving officer, it seems.

The French assault column moves into position. The rear rank appears to be in full retreat.

The Legere battalion skirmishing.
Posted by Mad Doctor Mark at 4:30 AM No comments:

Notice anything in the photo above? I mean, can you make out any detail, period? Neither can I. This is part of an experiment in Changing my Ways. For over 30 years now I have primed my miniatures white. This rendered detail very easy to see, Austrian infantry was ludicrously easy to paint, and I was happy with the results. However, almost every painting guide I read online recommended black primer. So after three decades I gave it a shot.

I nearly freaked when I saw the results. Details which had been so easy to perceive with white primer no looked like little black blobs against a black background. Adding the first block of color--white for lapels and trousers--did little to ease my concerns. However, I found the black to be very forgiving as the figures neared completion. I did not have to cover every nook and cranny with paint as I did with white primer, where unpainted areas gleamed like a beacon. Instead, any unpainted crevices would become instant shading. At worst, they would blend with the wash I use to seal the completed minis.

So the experiment continues through a brigade of French infantry. We'll see how it goes with the Austrian grenadiers coming up next.
Posted by Mad Doctor Mark at 2:28 AM No comments: