The Field of Lost Shoes

So, I had a spare moment after preparing my classroom for the start of school next week, so I brought out my 10mm ACW figs and refought a palimpsest of the Civil War Battle of New Market.  Like the Battle of Iuka I did with my students last year, this was a small engagement between roughly even forces.  While the maps make it look like a straight up encounter, there are some itneresting choices for each side to make along the way. Essentially, the Confederates under Breckinridge were able to surprise Franz Sigel's Union army in the Shenandoah Valley.  Historically, the ferocious Confederate assault sent the Union troops reeling before they could mount an organized resistance.  Cadets from VMI played a key role in this battle, an element I have always found interesting (some kids will do anything to get out of an algebra quiz...)

The rules are Black Powder (distances converted from inches to centimeters). Most Minis are Pendraken, but there are a few Perrins mixed in for variety.  Most of the terrain is scratchbuilt. 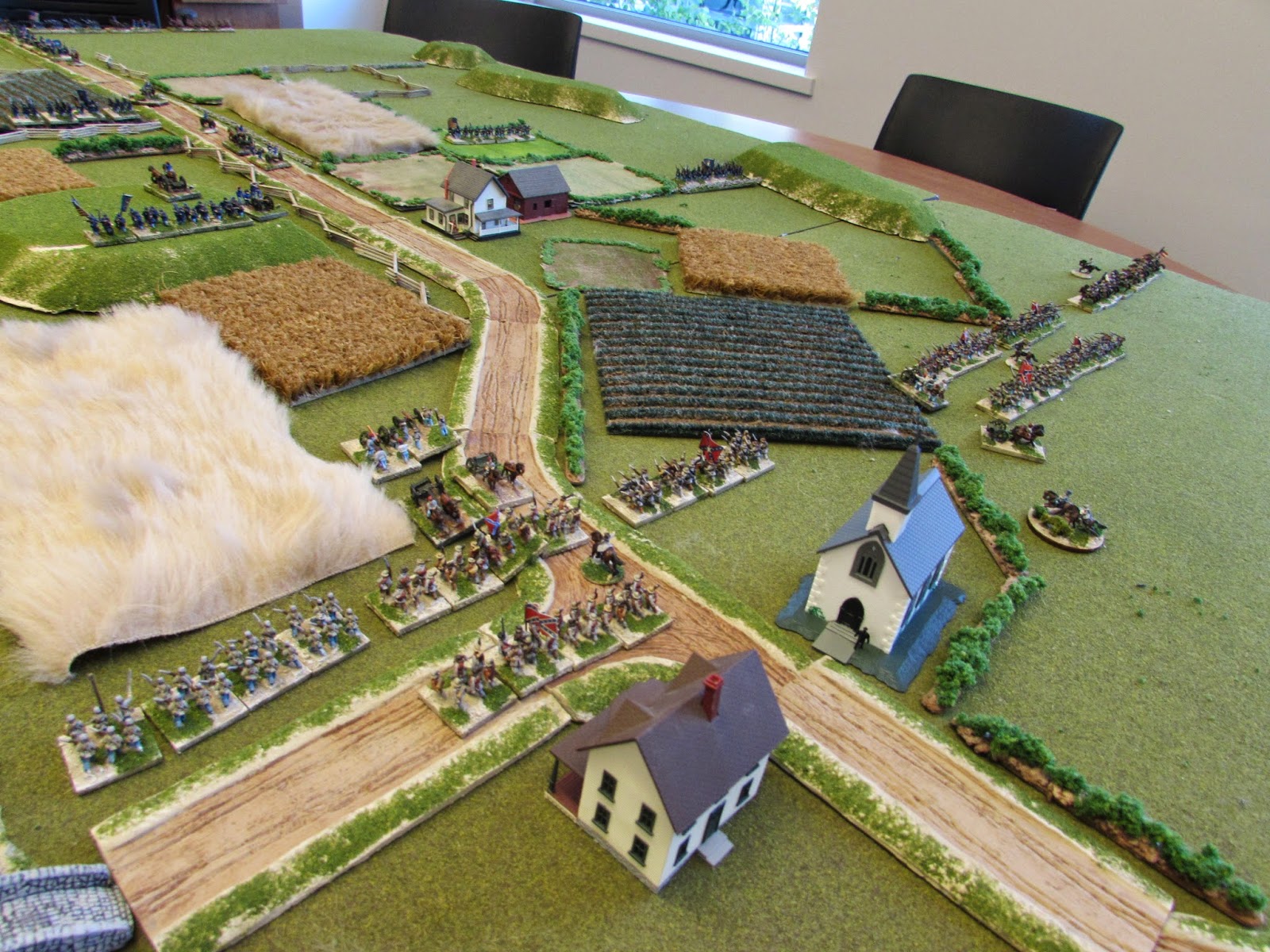 Posted by Mad Doctor Mark at 12:11 PM No comments:

Another fun night with the Ambler Gamers. This time it was Bolt Action, a scenario designed by Joe and Mark (Mk. I--I'm Mark Mk. II) set in 1940 France. The French have to reinforce a chateau overlooking a crossroads before a reinforced German mechanized platoon can overrun it.

Posted by Mad Doctor Mark at 2:49 AM No comments:

Deus vult: a work in progress

This year, I am teaching an elective in the Crusades this year, so I thought that would be the occasion to paint up a smallish force of Crusaders and Saracens.  I always found the First Crusade more interesting than the later ones, so that is roughly the period I chose. My Muslim force has a lot of Turkish light cavalry, but if you pressed me, I would say that it is Syrian or Egyptian. I went with very small units (6-12 figures per unit), and I figure I will use Hail Caesar or a set of even simpler house rules as a guide to push them around the table. Right now, the two armies are each about 60% done, and I am racing to get the whole lot done by late September. The figures are a mix of Old Glory, Crusader, and Gripping Beast.

Posted by Mad Doctor Mark at 1:31 PM No comments: